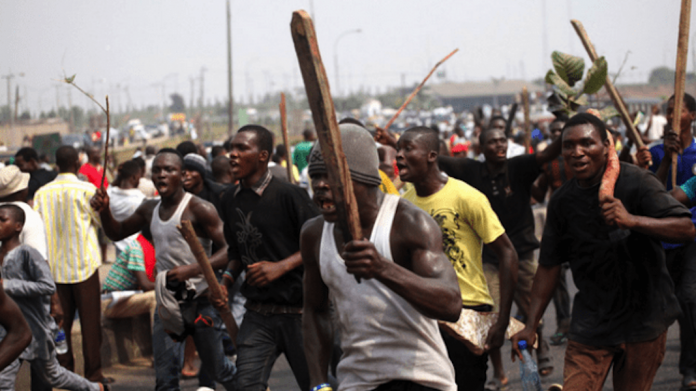 No fewer than 13 people were killed in the violence that erupted in Jos on Sunday afternoon, a community leader in the area, Mr. Richard Bapi, has said.

He said six corpses had been deposited at the Jos University Teaching Hospital (JUTH) while others were immediately buried by their relatives.

Bapi gave the number of houses destroyed in the violence as 27.

A source close to the hospital management also confirmed to THISDAY that at least six corpses were deposited at the JUTH mortuary while some of those who sustained gunshot injuries of various degrees were being treated.

But the Plateau State Police Command put the casualty figure at five.

The indiscriminate arrest of innocent people triggered fresh tension as women in the area came out to protest.

But it was gathered that soldiers went…