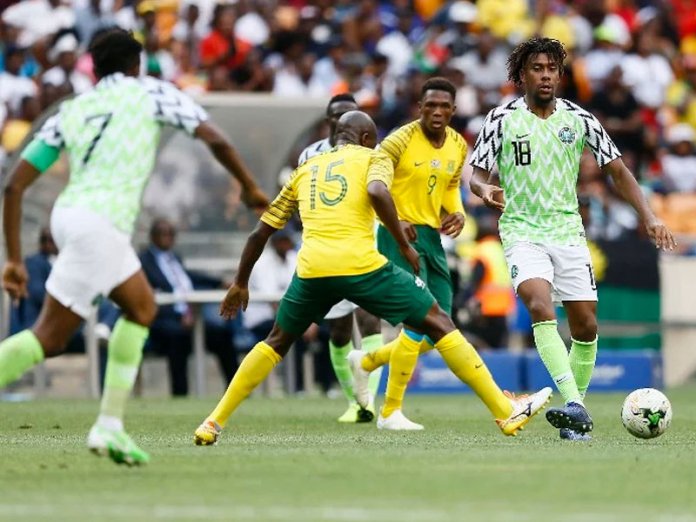 Super Eagles of Nigeria booked a place in the semi final of the 2019 Africa Cup of Nations on Wednesday night with a 2-1 defeat of South Africa’s Bafana Bafana at the Cairo International Stadium.

Villarreal forward, Samuel Chukwueze put Nigeria in the lead in the 27th minute after collecting a perfect cross from Arsenal man, Alex Iwobi from the left flank of the South African goal area.

Chukwueze’s first attempt bounced off a Bafana defender before burying the rebound into the back of the net of Ronwell Williams in goal for South Africa.

However, in the second half, South Africa equaliser from a set piece that bounced off the back of Odion Ighalo for Bongani Zungu to level for Bafana with a header.

It took a Video Assistant Referee (VAR) check to confirm it was not an off side goal.

Substitute Moses Simon’s corner kick was tapped into Bafana net by central defender, William Troost Ekong to give Nigeria the…