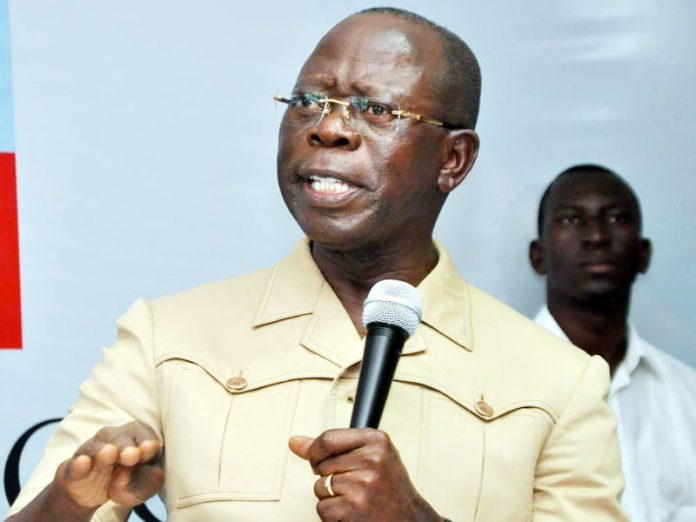 By Adedayo Akinwale in Abuja

The National Chairman of the All Progressives Congress, Adams Oshiomhole, has said that the ruling party, having demonstrated purposeful leadership to win the heart of Nigerians will rule the country beyond 2023.

Oshiomhole stated this Friday during the National Working Committee (NWC)  meeting with the governors elected on the platform of the party, where he stressed the importance of synergy between the NWC and the governors.

According to him, We believe our party has made a lot of progress in the three key areas that were reflected in our manifesto but there is a lot to be done.

“And I am sure working together at both the executive, state and federal by the special grace of God, we will do better in this second term. As to merit, our party will continue to govern the country post 2023.”