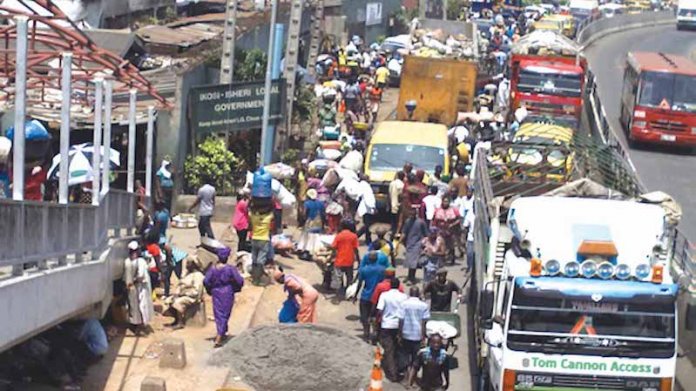 Hundreds of wailing market women claimed that they were not informed about the exercise.

The traders were not allowed to pack their goods as the bulldozers commenced the demolition of the market.

The state government and the market development contractor had Thursday informed the traders that the exercise would begin today.

According to Mr. Chris Onyekachi, chairman of the market development contractor, Total Value Integrated Construction Services, negotiations with the market leaders and the government had been on since last year.

He said that the two traditional rulers in the area, the Alaketu of Ketu and the Onikosi of Ikosi, were aware of the market development plans.