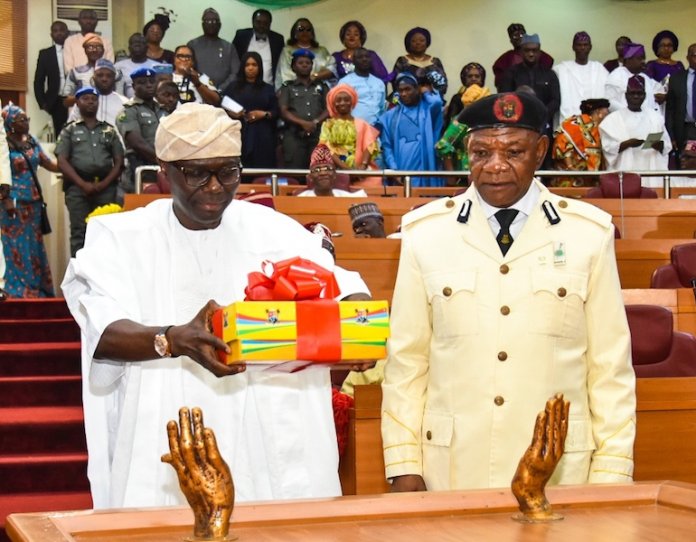 Lagos State Governor, Babajide Sanwo-Olu, on Friday presented a budget of N1.168 trillion to the Lagos State House of Assembly for approval for the 2020 fiscal year. The budget is higher than the 2019 appropriation bill by 34 per cent.

According to the Governor, Capital Expenditure amounts to N723.75 billion while Recurrent Expenditure is N444.81 billion, giving a capital to recurrent ratio 62:38 percent.

Sanwo-Olu disclosed that the proposed budget will be funded by a projected revenue inlay of N1.071 trillion and a deficit amounting to N97.53 billion.

“This, in our view, is strong for development. We have placed an increased focus on wealth creation where we will take deliberate steps in courting a partnership between our people and various development institutions.

“In line with this, we have provided N11.8bn as counterpart funds in preparation for various social impact schemes. In addition, we have made provisions for…