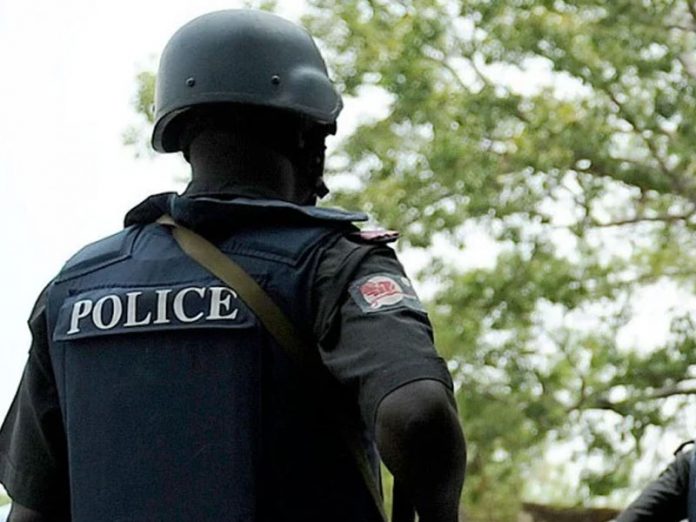 The FCT Police Command has foiled a bank robbery in Mpape area of Abuja.
The robbers launched an attack on a branch of First Bank PLC in Mpape, a suburb of Abuja at about 12pm.
During the exchange of fire with the Police, one of the robbers was shot dead while four others were arrested.
A statement issued by the FCT Police Command said policemen were deployed to the robbery scene where they engaged the robbers in a gun duel with the military providing support.
“In prompt response to a distress call at Mpape, the FCT Police Command has foiled an attempted robbery attack at a First Bank branch at about 1200hrs, today.
“Police Operatives were immediately deployed to the scene and engaged in crossfire with the robbers thereby foiling the attack on the bank with the back up of the Military”, it said.
The command said “four suspects were arrested and one shot dead while trying to escape. The Commissioner of…