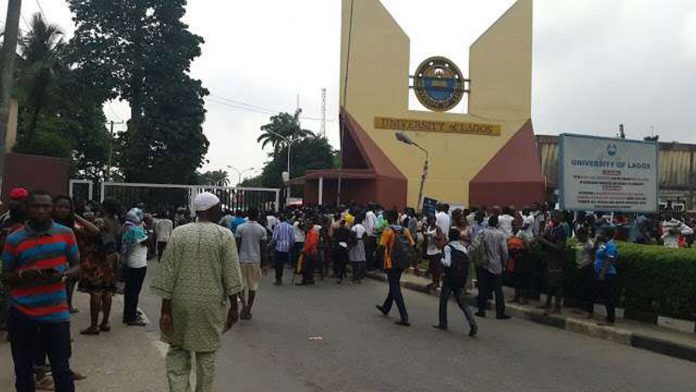 By Bennett Oghifo in Lagos and Kuni Tyessi in Abuja

The federal government yesterday directed the Pro-Chancellor/Chairman of Council, University of Lagos, Dr. Wale Babalakin and the sacked Vice Chancellor, Prof. Oluwatoyin Ogundipe to step aside from their official duties pending the outcome of a Special Visitation Panel set up by President Muhammadu Buhari to resolve the crisis rocking the institution.

The President, as visitor to the University also removed Prof.

Theophilus Soyombo, the Acting Vice Chancellor appointed by Babalakin and tasked the panel to come up with workable solutions and peaceful resolutions.

The spokesman of the Federal Ministry of Education, Ben Goong, who made this known in a press statement, said the President also directed that the panel set up yesterday submits its findings and reports within two weeks.

The UNILAG Special Visitation Panel has Prof. Tukur Sa’ad, as Chairman; and the members are Victor Onuoha;…