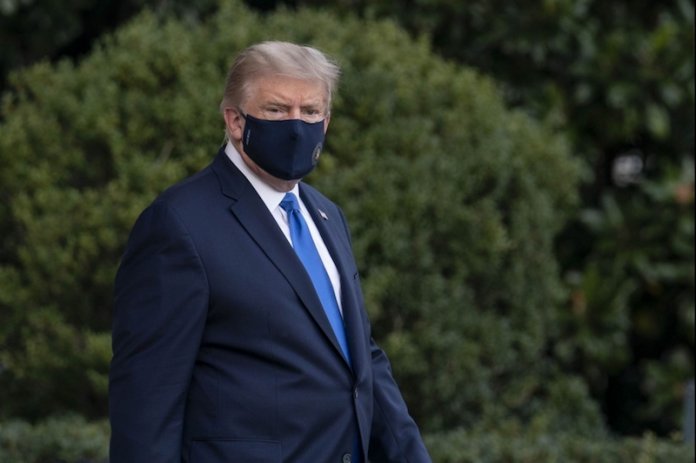 United States President Donald Trump Friday evening arrived at Walter Reed Military Medical Center, where he will be hospitalised for the next few days after testing positive for COVID-19.

The White House had earlier in a statement described the move as precautionary.

Trump walked out of the White House, wearing a mask and waved to the media. He was accompanied by the Chief of Staff Mark Meadows and some close aides, all wearing masks.

The US President flew aboard Marine One helicopter to the hospital.

“I think I’m doing very well but we’re going to make sure that things work out,” he added. “The first lady is doing very well. So thank you very much. I appreciate it. I will never forget it,” he said in the video.