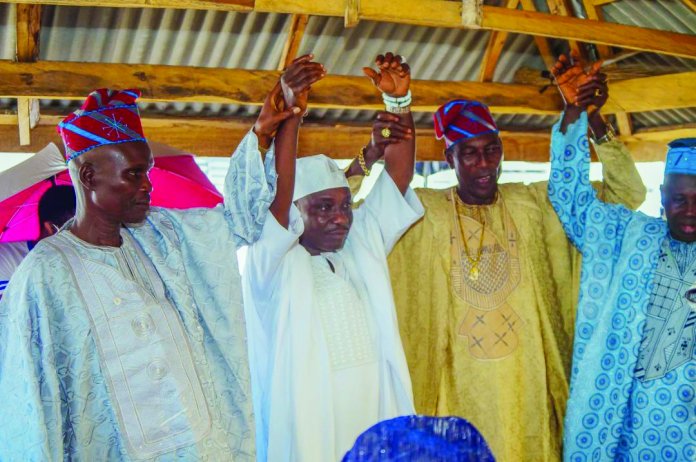 After a keenly contested royal search and rigorous process, Prince Sikirullai Alade Adebola Ogunlana, has emerged the Oba-elect of Magbon Alade, in Ibeju Local Government Area of Lagos State.
Ogunlana was unanimously adopted as the Oba-elect by Ipatun, Oketun and Oga, which are the three quarters that make up the royal stool in Magbon Alade.

The Oba-elect was presented to the entire Magbon Alade indigenes at a brief but colourful traditional ceremony by the kingmakers in Ibejuland.

Performing the traditional rites of presenting the Oba-elect to the townspeople, the traditionalist saddled with the responsibility said all the qualified princes from the three royal quarters were presented to Oketun and Magbon Communities for ratification, adding that Ogunlana emerged as the rightful choice to mount the throne.

Basking in the euphoria of the joyful moment, the Oba-elect, Prince Adebola Ogunlana, expressed appreciation to all the…