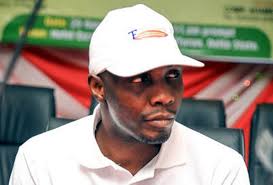 Former Niger Delta militant leader, Chief Government Ekpemupolo alias “Tompolo” has protested against the continued siege on his firm, Mieka Dive Limited, five months after he was vindicated of corruption charges by a Federal High Court sitting in Lagos.

Chief Ekpemupolo, in a statement made available to newsmen on Thursday evening during a peaceful protest by youths and workers of the company, said there was no justification for the Economic and Financial Crimes Commission (EFCC) to continue to occupy the firm after a court judgement in his favour.

“After nearly five years of malicious prosecution by the EFCC and its henchmen on trumped up allegations, I was vindicated by God and prayers of all our well-wishers in the Niger Delta and all over the nation.

“On the 15th of July 2020, the law vindicated me and the Federal High Court threw out all the charges against me that I have no case to answer. Since then I…