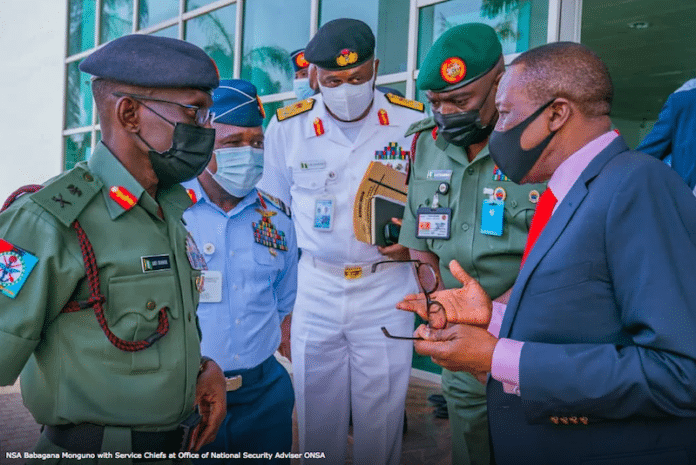 A joint operation to deliberately deny criminals room for manoeuvre and change of locations and hideouts has been approved by a forum of prominent state players as part of a new initiative to curb the growing insecurity in the country. Key actors, who endorsed the move, include Secretary to the Government of the Federation (SGF), Boss Mustapha; National Security Adviser (NSA) Babagana Monguno; and Inspector General of Police Mohammed Adamu. Minister of Humanitarian Affairs, Disaster Management and Social Development (FMHADM&SD), Sadiya Umar Farouk; Minister of Environment, Dr. Abubakar Mahmood; and the 36 Secretaries to the State Governments also approved the new operation.

The resolution was part of the decisions reached at the first quarter regular meetings by the Forum of Secretary to the Government of the Federation with Secretaries to the State Governments, which held virtually on Thursday.

According to a communiqué issued…