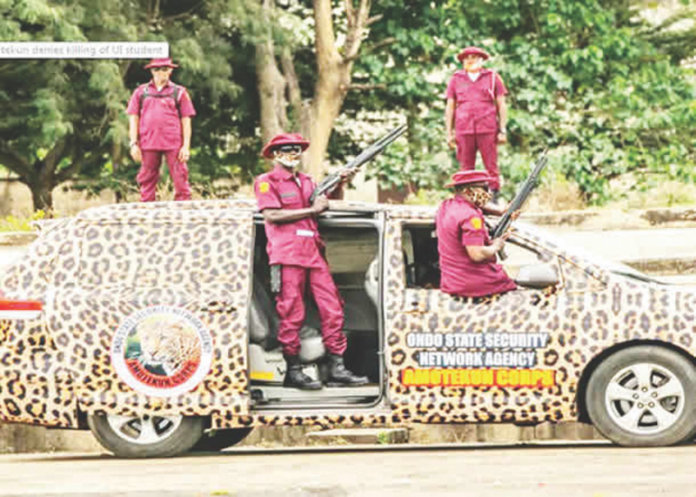 The kidnappers had abducted three persons who were taking shelter from the rain at a bus stop in the area.

While two of the victims were rescued, they held on to the remaining victim demanding for payment of ransom.

However, in the course of collecting ransom, one Usman Garuba was arrested by the operatives.

He took security operatives to their hideouts where others were arrested and the remaining female victim was rescued.

“We were able to rescue two victims that same day but the kidnappers held onto to one. We sold a decoy to them of ransom payment and in the course of that we were able to nab one of them who led us to their hideouts and we arrested others.

“This Umar Garuba has…