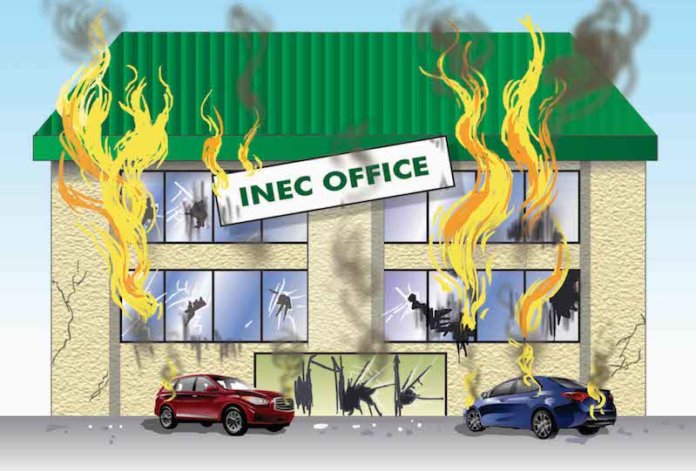 The Independent National Electoral Commission (INEC) yesterday raised the alarm over the burning of its office in Njaba Local Government Area of Imo State.

The commission said so far, the total number of INEC offices attacked nationwide since 2019 has now risen to 42.

In a statement issued by the INEC National Commissioner in charge of Publicity and Voter Education, Festus Okoye, the commission said Resident Electoral Commissioner (REC) for Imo State, Professor Francis Ezeonu, reported that INEC office in Njaba LGA was set ablaze on May 30, 2021.

He further said although no life was lost, the building was substantially burnt down along with electoral materials, office equipment and furniture.

This latest incident has been reported to the police for investigation, Okoye said.

According to him, “This attack is coming exactly a week after our office in Ahiazu Mbaise LGA of the state was vandalised on May 23, 2021. It is…