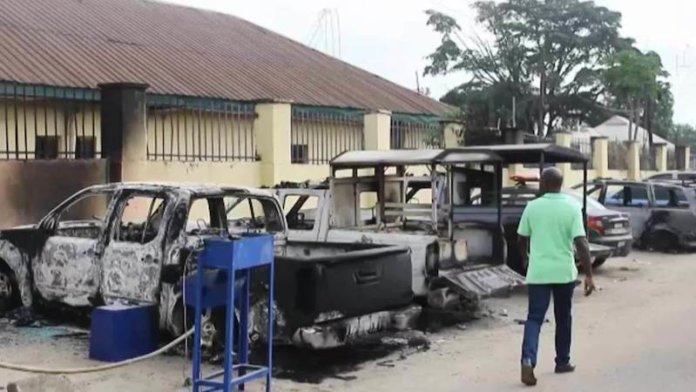 The Imo State Police Command has said that its gallant officers killed five hoodlums, who attempted to attack the state police headquarters in Owerri, the state capital in the early hours of yesterday, even as the country-home of the Imo State Commissioner for Information and Strategy, Hon. Declan Emelumba was razed down yesterday morning by the unknown gunmen.

This is coming as hoodlums have also attacked and razed the Ashaka Police Stateion, Ndokwa East Local Government Area of Delta State.

The hoodlums, who were masquerading as unknown gunmen, had attempted to launch attack for the second on the Imo State Police Command Headquarters yesterday morning but suffered a huge defeat.

According to the information from the Police, they made effort to access the Police Headquarters through the Works Layout around Alvan Nursery and…