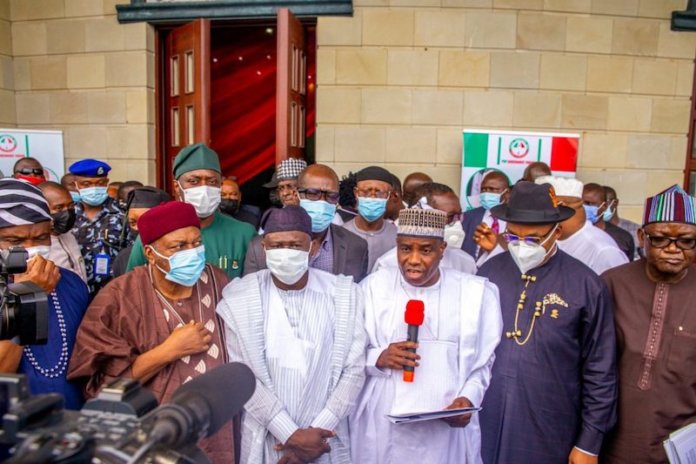 Chuks Okocha in Abuja and Segun Awofadeji in Bauchi

Governors elected on the platform of the main opposition Peoples Democratic Party (PDP), yesterday, declared a firm stand on the conduct of free, fair and transparent elections in 2023. The PDP Governors Forum said the Independent National Electoral Commission (INEC) should be equipped to ensure a technology-driven election.

The forum stated this after a meeting in Bauchi. It rejected the idea of choosing the candidates of their party for any election through a direct primary election, as being proposed in the draft electoral bill.

Chairman of the forum and Sokoto State Governor, Aminu Tambuwal, said his colleagues, who were moving to the ruling All Progressives Congress (APC) did so to avoid prosecution for corrupt practices.

The governors warned President Muhammadu Buhariand the APC to desist from converting the Presidential Villa, which…