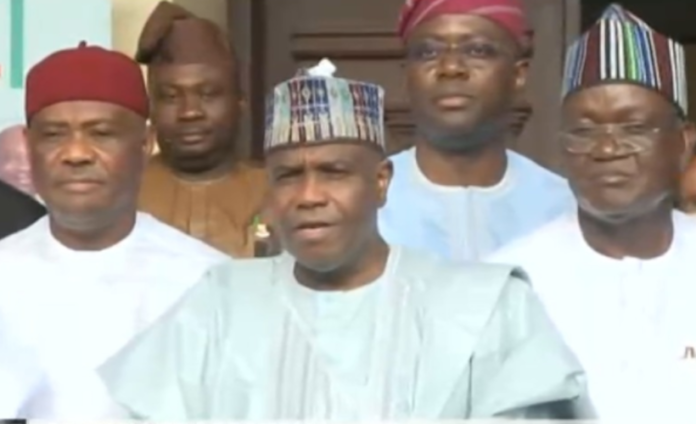 •It’s the only way to remove him, Dickson insists

After meeting for over 40 minutes behind closed doors on Monday, the Peoples Democratic Party (PDP) governors and the embattled National Chairman of the party, Prince Uche Secondus, appeared to have reached a new deal as part of efforts to resolve the crisis which engulfed its leadership and ensure lasting peace in the main opposition party. The deal involved consideration of an early date for the party’s national convention, as against the initial date of December 9.

With the new deal, widely believed to be in the overall interest of the party, THISDAY gathered that the December convention might be brought forward to either October or November.

However, Secondus, in an earlier statement from his…