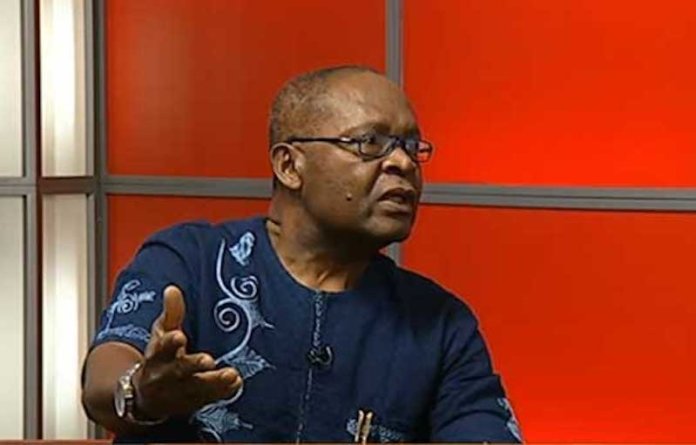 The spokesperson of the All Progressives Congress (APC) Lagos State chapter, Joe Igbokwe, has accused members of the Indigenous Peoples of Biafra (IPOB) of invading his house in Nnewi, Anambra State, and setting it ablaze.

Igbokwe, who is also the chairman of Lagos State Government Wharf Landing Fee Collecting Authority, while reacting to the invasion and arson yesterday, wrote on his Facebook page that: “IPOB has invaded my house in Nnewi about now.“I am sure they razed down my house, given the jerry cans of petrol I saw being offloaded from their Sienna car via CCTV. “To God be the glory. I am still alive!”

Armoured vehicles were seen in one of the trending videos from the industrial town of the state.
Meanwhile, unknown gunmen yesterday also set ablaze the offices of the Directorate of State Service (DSS) and Federal Road Safety Commission (FRSC) in Nnewi, Anambra State, leaving two people dead on their…