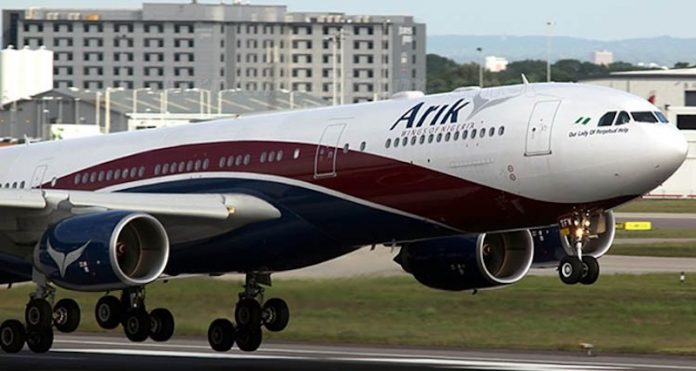 The theft of critical parts of Boeing 737-700 operated by Arik Air at the tarmac of the domestic terminal of the Murtala Muhammed International Airport, known as MMA2 was an act of sabotage and insider job, sources have said.

Informed sources told THISDAY that the suspected thieves accessed inside the aircraft with registration number, EI-ULN, a leased equipment by the domestic operator, and cannibalised it, taking away Flight Management Computer (FMC), Pilot Static Cover and other sensitive parts from the aircraft.

Initial report had wrongly indicated that intruders accessed the airport from outside to wreak havoc on the aircraft, but investigations by the Aviation Security of the Federal Airports Authority of Nigeria (FAAN) and the management of MMA2, Bi-Courtney Aviation Services Limited (BASL), indicated that it was an insider job of sabotage.

THISDAY spoke to some…

El-Rufai: There are People in Aso Rock Working against Tinubu’s Victory