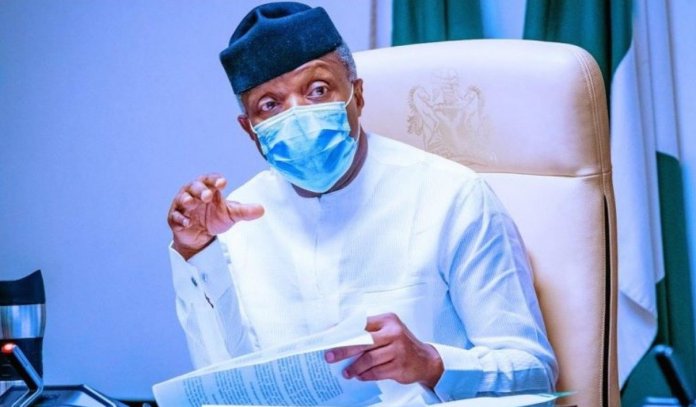 The Vice President, Prof. Yemi Osinbajo was in Maiduguri yesterday to launch the 30th edition of the federal government’s micro, small and medium scale enterprises (MSME) clinic during which he inaugurated four out of over 500 projects executed by Borno State Governor, Prof. Babagana Umara Zulum.

The vice president arrived Maiduguri around 11am and was received by Zulum alongside Senator Kashim Shettima, National and State Assembly members, other top government officials and party leaders.
Osinbajo, arrived the ancient town in the company of the Ministers of State for Industry, Trade and Investment, Ambassador Maryam Katagun; Minister of State for Agriculture, Baba Shehuri who is from the state, and some National Assembly members also from the state.
The VP immediately went about the task that brought him to the state as he inaugurated a newly built medical doctors’ quarters along the Airport Road.