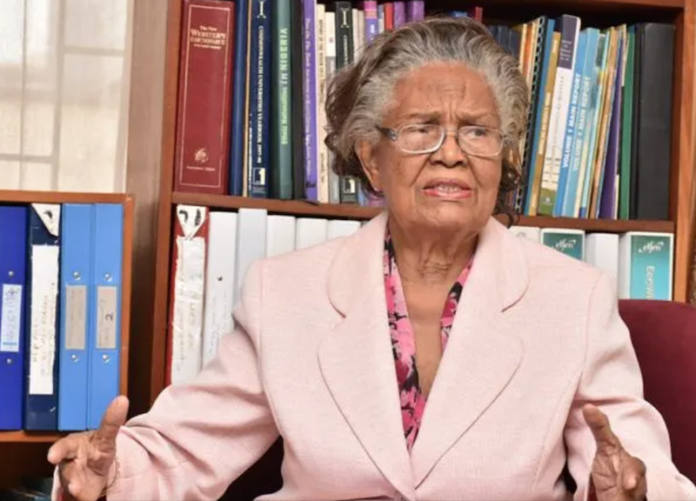 Former Vice Chancellor of the University of Benin and Nigeria’s first female Vice Chancellor, Prof. Grace Alele-Williams, has died in Lagos at the age of 89.

The academic who scored a string of firsts, including being the first female to get a Doctorate Degree in Nigeria was before her demise, a Professor of Mathematics.

The very cerebral Alele-Williams went down in history as the Vice Chancellor who reduced cultism that was very perennial before her appointment to the barest minimum with an attendant peace in the campus. She was appointed Vice Chancellor in 1985.

Although details of her demise and the hospital where it happened are still sketchy, a fellow academic, Hope Eghagha reportedly confirmed the development.

Before her appointment as vice-chancellor, she made history as the first Nigerian woman to obtain a doctorate degree in Mathematics education in 1963, a rare feat in the sixties.