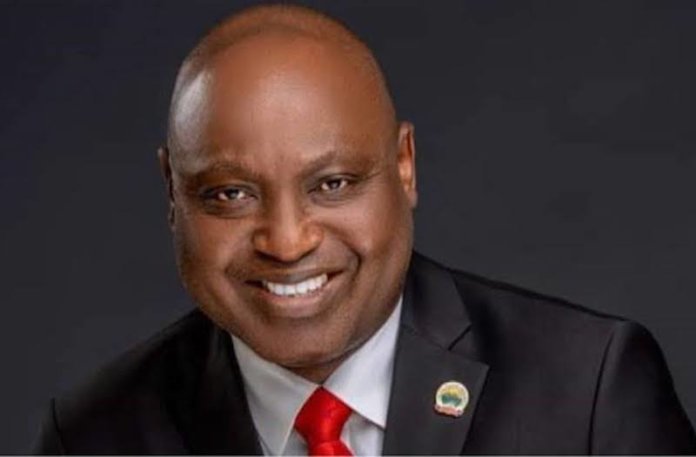 The Ooni of Ife, Oba Adeyeye Enitan Ogunwusi, has charged the alumni of the  Ekiti State University, Ado Ekiti, to support the former Secretary to the State Government(SSG) and the All Progressives Congress (APC) governorship candidate, Hon. Biodun Abayomi Oyebanji, to emerge victorious in the June 18, 2022, gubernatorial poll.

Oyebanji graduated from the university in 1987 and took up lecturing job and subsequently became a member of the Governing Council of the university before he forayed into politics.

Ooni, who is the Life Patron of the EKSU Alumni Association, spoke at the 40th anniversary dinner and award of the university held in Ado Ekiti last Tuesday evening.

Oba Ogunwusi said considering Oyebanji’s pedigree and contributions to the university as an alumnus, former lecturer as well as his contribution to the state in general, he was convinced that the APC governorship standard bearer…