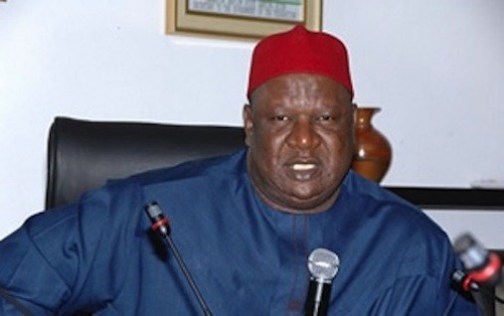 * Anyim urges party not to jettison zoning for equity, gives his manifesto to NWC

The quest for the presidential ticket of the PDP continued as two leading aspirants,  Senator Anyim Pius Anyim and governor of Bauchi states,  Senator Bala Mohammed, Wednesday returned their completed presidential nomination forms to the party.
Also, moments after submitting his presidential nomination forms,  Anyim engaged the National Working Committee (NWC) in a meeting where he urged the party not to jettison zoning..
Speaking during his meeting with the NWC of the PDP. Anyim, said,  “If I appear before you today without touching on the raging issues of zoning in our party, my presentation will not be complete.
“As a true party man, I will abide by the decision of the party. However, I would want to put the following on record:Democracy thrives on three ‘certainties’:Certainty of tenure, Certainty of structure , Certainty…