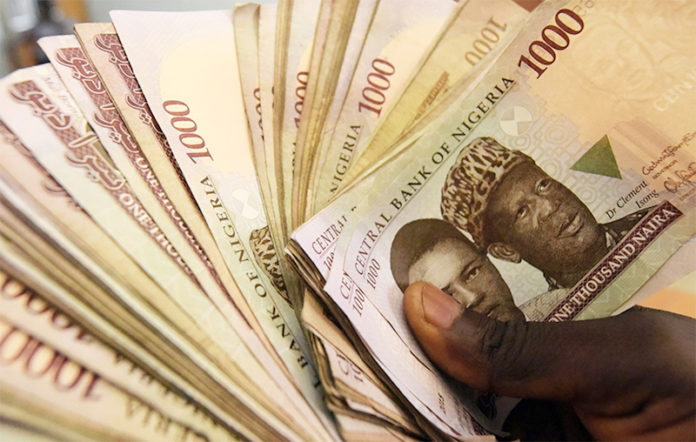 Politicians stocking up dollars ahead of political parties’ primary elections over the weekend have driven the naira to a new low of N600 to a dollar on the parallel market.
A Bureau De Change (BDC) operators, Abubakar Mohammed, confirmed the current rate of the greenback to Bloomberg. The present parallel market rate is the lowest the currency has traded this year.
The official naira rate was N415.95 as of Wednesday. The parallel market thrives on shortages, which has helped drive the gap in the two rates to above 40 per cent.
Politicians competing for support from delegates in the party primaries are creating massive demand for dollars in cash, Mohammed said by phone.
“Demand is not going to abate soon, which means more pressure for the naira, and also because dollar supply is very low,” he said.
Former governor of Anambra state and a presidential aspirant under the Peoples Democratic Party (PDP), Mr. Peter…