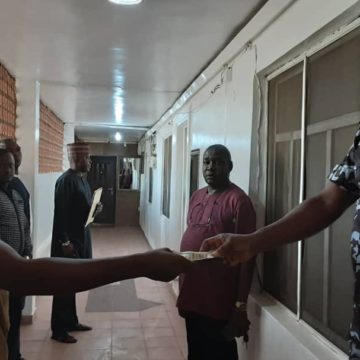 A Police Inspector was on Sunday, April 12, arrested by his employer, the Nigerian Police, for extorting N40,000 from a vehicle owner he arrested for violating the movement restriction order in Lagos State after his act was shown in a video on the social media.

The officer, Inspector Taloju Martin, was attached to Ago Police Station as Station Officer (SO) and was seen counting the money which he collected from a vehicle owner. He has since been handed over to the Provost Marshal of the Lagos State Police Command for orderly room trial.

According to a statement signed by Bala Elkana, the Police Public Relations Officer, the man was seen in the video forcefully extorting the money from the…