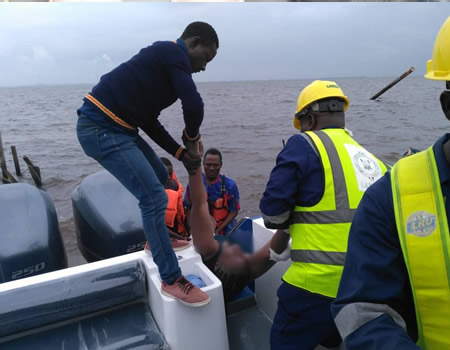 Ten passengers were on Friday confirmed dead while four remain missing in an ongoing rescue effort on a passenger boat that capsized while enroute Badagry from Kirikiri.

In a statement signed by the General Manager of the Lagos State Waterways Authority (LASWA), Oluwadamilola Emmanuel on Friday, the agency stated that the boat left Kirikiri carrying 19 passengers.

According to the statement, “On Wednesday, July 29th, 2020, It was reported that an open boat carrying 19 passengers capsized at about 6.00 pm while enroute Badagry from Kirikiri.