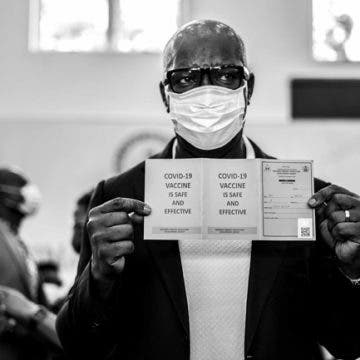 Governor Godwin Obaseki of Edo and his Deputy, Comrade Philip Shaibu, on Monday, received their first jab of the AstraZeneca COVID-19 vaccine, days after the state received over 81,080 doses of the vaccine from the Federal Government.

Obaseki who was the first to take the jab received the vaccines at 12:28 pm and was followed by Shaibu, who got his own, two minutes later, at 12:30 pm.

The governor, after receiving the jab during the COVID-19 vaccination inauguration ceremony, assured the citizens that the vaccine is safe.

Obaseki, who noted that the vaccine might not be a hundred per cent proof as there might be some issues because of the different constitutions of human beings, however,…