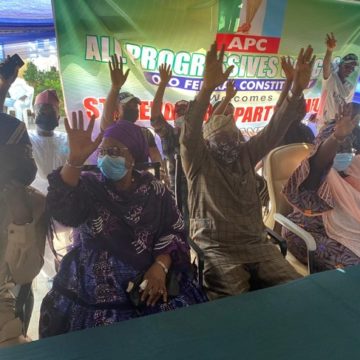 Ahead of ward congress of the All Progressives Congress, (APC) slated to hold, on Saturday, nationwide, the Lagos State chapter of the party has held statewide stakeholders’ meeting across the 20 Local Government Areas and 37 Local Council Development Areas towards achieving acceptable consensus and cohesion for the overall good of the party.

The meeting, according to the party’s spokesman, Hon Seye Oladejo, was sequel to the directive handed down by the national caretaker committee of the party to bringing party leaders and members together to rubs minds on the forthcoming congresses scheduled to hold July 31.