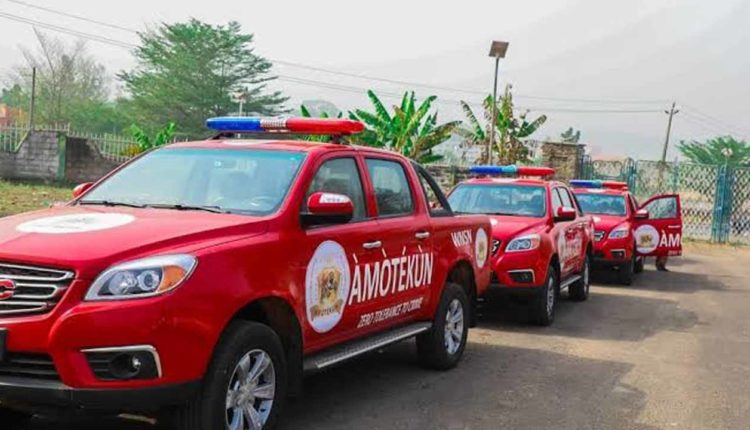 OPERATIVES of Amotekun Corps in Oyo State, on Friday afternoon, thwarted an operation by some suspected kidnappers in IwereIle community, in Iwajowa Local Government Area of Oyo State to abduct some residents of the area.

Saturday Tribune gathered that the kidnappers, who were herdsmen, had stormed the community when residents sent distress calls to Amotekun operatives in the area.

A source informed Saturday Tribune that immediately the Amotekun operatives got to the scene at about 3:30 p.m., they engaged the hoodlums in a gun battle, killing two, while the remaining three members of the gang escaped with bullet wounds.

It was further gathered that operatives of the Nigeria Police…

Nigeria’s high debt profile: Payroll is not the only cause