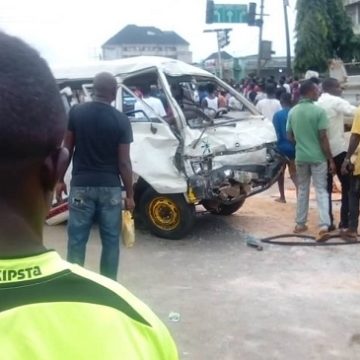 It was a fatal Tuesday for residents of Sokponba Road, Benin City, Edo State capital, as an early morning motor accident claimed the lives of not fewer than nine persons.

Tribune Online gathered from eyewitnesses that the accident occurred at Ogbelaka Junction, when a tipper, loaded with sand, collided with two minibuses, which were conveying commuters.

But for divine intervention, the eyewitnesses said that the fatality number would have been more as the Bureau de Change operators, along the axis by Erie Junction, had to scamper for safety, when vehicles, trying to avoid the scene, almost crushed them.

According to the account of the eyewitnesses, the tipper van involved in the accident…