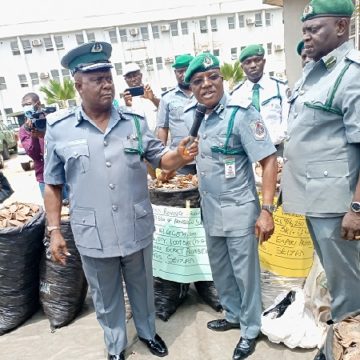 The Nigeria Customs Service (NCS) has said that its officers have again, for the second time in two months, intercepted a huge catche of Pangolin scale worth N1.7billion in Lagos. This is even as the NCS revealed that findings have indicated that Nigeria is a conduit pipe being used by a yet to be identified international cartel in this illegal trade.

Recall that the NCS in August had intercepted a huge catche of Pangolin scales worth N22billion in Lagos.

Addressing journalists in Lagos, on Monday, the Comptroller General of Customs, Hameed Alli stated that investigations are ongoing to reveal the country where the Pangolin scales are being brought in from to Nigeria.

PDP hegemony in Delta will end in 2023, says Omo-Agege