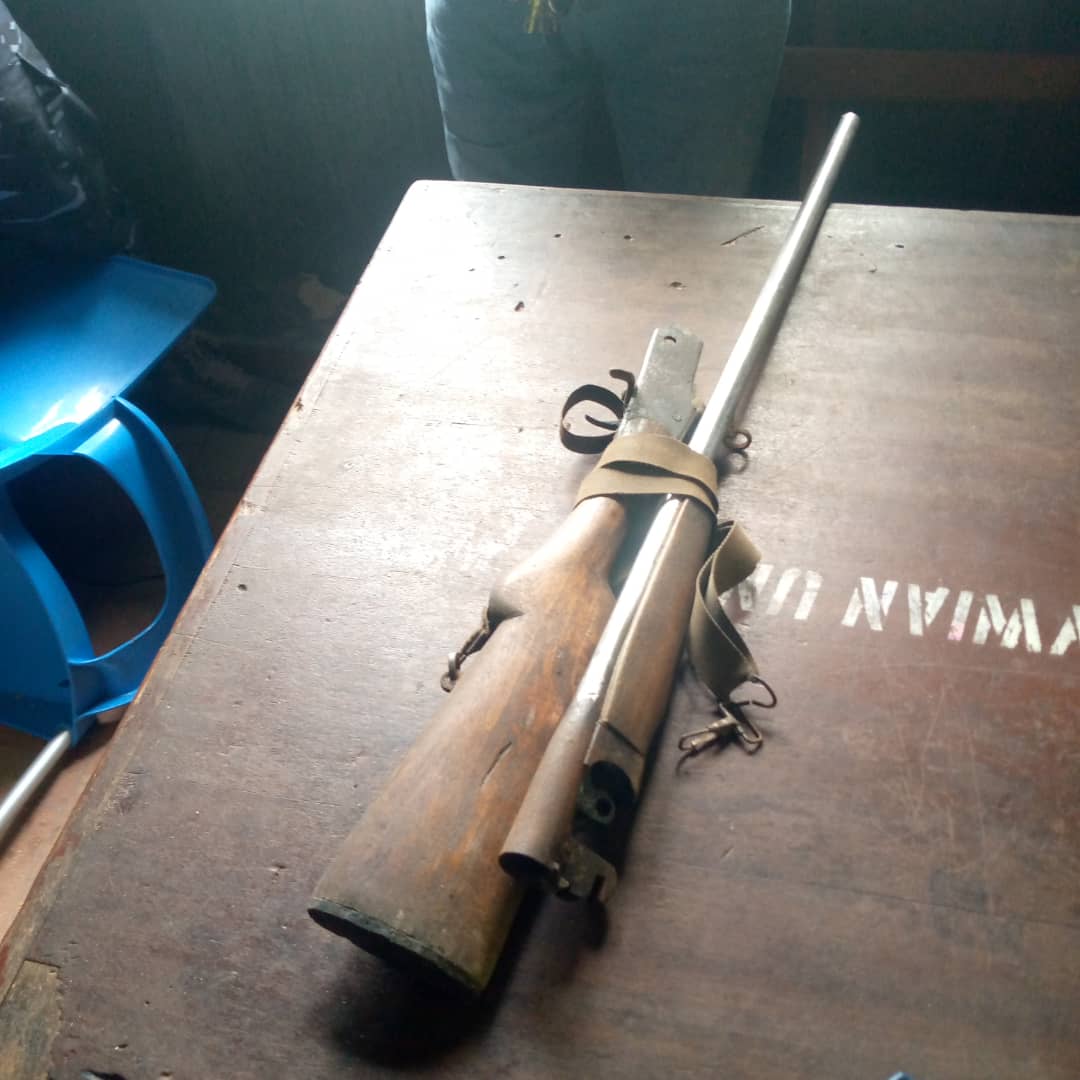 42-year-old Kelvin Pigi who hails from Ututuoama town, Ughelli South LGA of Delta State has been arrested by policemen after concealing a locally-made single-barrel gun inside a bag of garri.

Pigi was arrested on Sunday at about 10:30 a.m when a patrol team attached to Ovwian Aladja Division on a stop-and-search duty intercepted a commercial bus conveying some passengers.

The gun was recovered upon searching the passengers.

The command also arrested 23-year-old Godspower Alfred and 34-year-old Destiny Akwara, on Monday at about 7:40 a.m at a black spot at Ujvwu community in Ovwian/Aladja in Udu Local Government Area of the state while smoking Indian hemp.

A locally-made cut-to-size gun and…

Tears for teenagers at mass funeral in East London

What dealing with insensitive reactions due to fragile health looks like