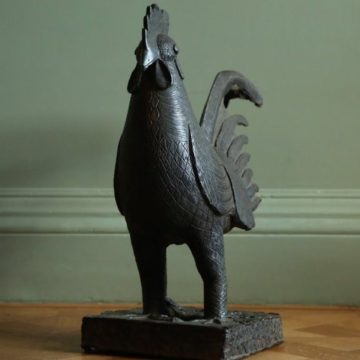 A bronze cockerel kept at Cambridge University in the United Kingdom that had been looted in a British raid on what is now Benin City in Nigeria will be handed back this month, the British Broadcasting Corporation (BBC) reported.

The Benin bronze, known as an “okukor”, was given to Jesus College in 1905.

In 2016, it was removed from display and the Legacy of Slavery Working Party (LSWP) recommended it be returned.

The college said it became the first institution in the world to announce its decision to return a Benin Bronze” in 2019.

The LSWP, which includes academics and students, was set up in 2019 by the college to investigate historical links it may have to the slave trade.

Review of Angela Duckworth’s Grit: The Power of Passion and Perseverance

FCT Secondary Education Board advocates acquisition of skills for students

Alumni vow to save Kaduna Polytechnic from sinking