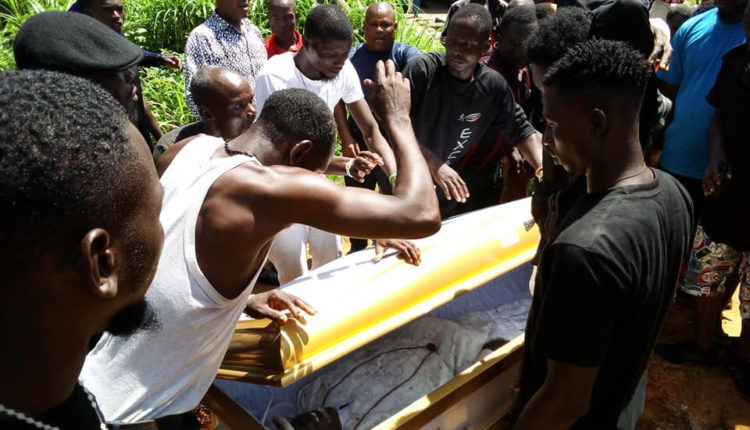 The remains of a former militant, Friday Igbegbe, who allegedly commited suicide at Ogbe-Ijoh, headquarters of Warri South-West Local Government Area of Delta State, on Saturday evening, were on Sunday laid to rest amid tears.

He was buried at Ogbe-Ijoh at the funeral attended by women, youths and others who wept uncontrollably.

The 53-year-old Ijaw ex-militant from Ogbe-Ijoh reportedly took his own life via some substance suspected to be rat poison after a battle with depression.

Igbegbe reportedly left behind about 36 children and ‘wives,’ many of whom were allegedly not with him during his travails.

One good we can do as a nation is invest in women —Tope Abiara, cleric and women mentor