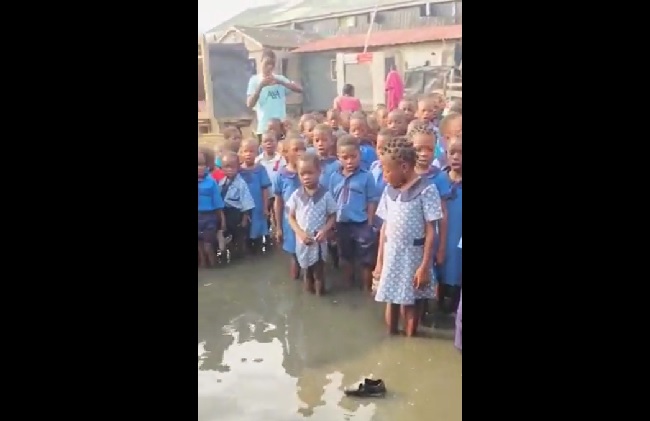 The Lagos State Government has reacted to a video that went viral over the weekend wherein pupils were seen in a flooded school assembly ground.

In the video, the pupils of primary school age were seen singing the national anthem, knee-deep in murky floodwaters and floating rubber shoes.

However, in reaction to the video, the Lagos State Ministry of Education stated on its Facebook page:

“The video was taken some months ago by a church that wanted to use the video to raise funds for the school.

“The building has been demolished and is being built.