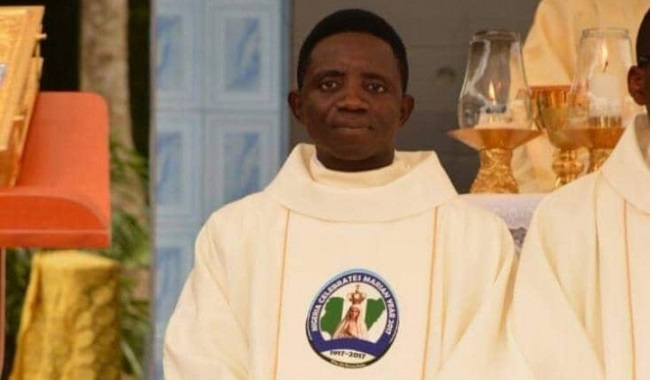 38-year-old Reverend Father Luke Adeleke was shot dead by yet to be identified gunmen on Friday (Christmas Eve), while returning from mass.

It was reported that the gunmen laid ambush for the late Catholic priest at Ogunmakin Obafemi Owode Local Government Area of Ogun State.

The State Police Public Relations Officer, Abimbola Oyeyemi, confirmed the incident, saying that the gunmen in a bid to escape from the scene of the incident, engaged the Police in a gun battle.

The PPRO said members of the gang escaped with bullet wounds.

“It happened in Ogunmakin in Obafemi-Owode local government area…

One good we can do as a nation is invest in women —Tope Abiara, cleric and women mentor