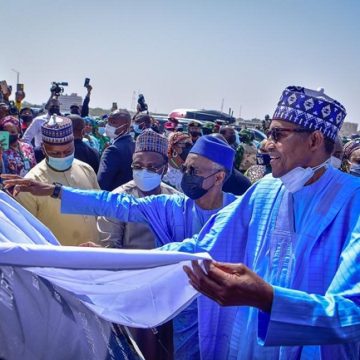 President Muhammadu Buhari has said he narrowly escaped being killed by a bomb near the Kawo bridge, while travelling to Katsina State in July 2014.

The president dropped the hint while he was commissioning the multi-billion naira project in Kaduna on Thursday.

Recall, the Kawo bridge had attracted many tourists to Kaduna since its completion.

The president had said, “they wanted to blow me. But my escort somehow stopped them. Before we came to this bridge they became so desperate and there was a small market or something like this here.

“They detonated the device. God protected us and here I am again. Thank you very much your Excellency and remarkably you became my…

US senators push to break up Google, Facebook ads businesses in new bill