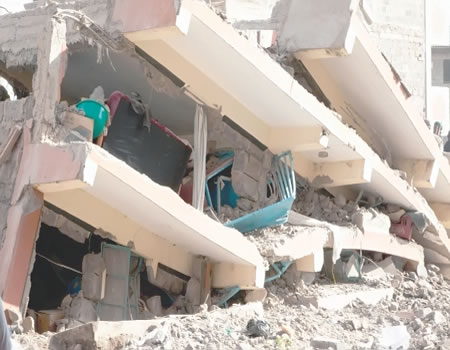 A five-storey building at the heart of Oba, close to the palace of the former traditional ruler of the town, has just collapsed, trapping a yet to be identified number of persons, underneath, Nigerian Tribune learnt.

Oba is a town in Idemili South Local Government Area of Anambra State.

Information is still sketchy, but sources say villagers are ill-equipped to embark on a serious rescue mission, especially since it was still dark at the time of the incident.

Bystanders are making frantic efforts to contact the emergency services, police and other volunteer forces, as many people are feared buried under the…

Flush out criminals among you, Akeredolu warns Ebira community in Ondo