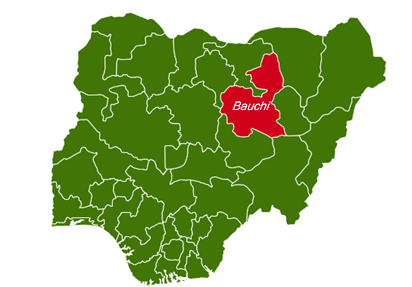 By Charles Agwam
Bauchi – Following the order of a Federal High Court in Abuja to stop collation of Tafawa Balewa local government results by the Independent National Electoral Commission (INEC), various groups have taken to the streets of Bauchi to support or protest the stay of proceedings by the court.

Vanguard reports that groups of women carrying placards with different inscriptions have embarked on demonstrations at the INEC headquarters in Bauchi, in support of their candidates.

One of the protesters, Mrs. Khadija Hassan who was seen leading a group of women, said “We want INEC to declare Kaura (Bala Muhammed) the winner because he clearly won this election, but some selfish people want to steal our mandate.”

So far, the demonstrations are going on peacefully as security men are seen around INEC trying to control the crowd.

Recall that a Federal High Court sitting in Abuja issued an order, Tuesday, to…