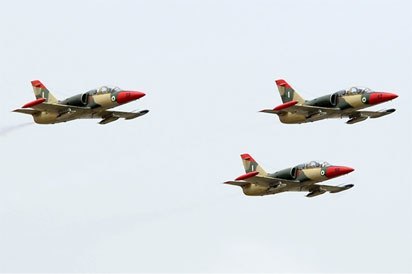 The Nigerian Air Force (NAF) has said that one of its airmen, Corporal Meshach Iliya Komo, died in Kaduna on Sunday, in a parachuting accident during recurrency training.

Speaking on the death of the airman the NAF’s Director of Public Relations and Information Air Commodore Ibikunle Daramola said ‘on behalf officers, airmen and airwomen of the NAF, the Chief of the Air Staff, Air Marshal Sadique Abubakar, commiserates with the family of the late airman over this irreparable loss. We pray that the Almighty God grants his soul eternal rest.

Barca beaten by Valencia in early blow for Setien