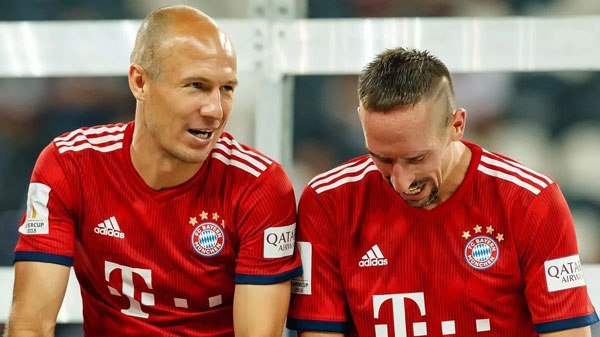 Arjen Robben and Franck Ribery bid an emotional farewell to Bayern Munich ahead of Saturday’s title-deciding clash with Eintracht Frankfurt, despite starting their final home game for Bayern on the bench.

Fans displayed a tifo thanking the pair for their “fight and commitment for our colours”, and the two players looked close to tears as they and fellow departing veteran Rafinha were presented to the Allianz Arena for one last time.

“They have defined an era here, and from an emotional point of view, I would have played them, but I have to make sporting decisions,” said coach Niko Kovac.

Robben and Ribery will both leave Bayern this summer after 10 and 12 years of respective service.

The wing duo, who have notched up numerous domestic trophies and won the Champions League with Bayern in 2013, start as substitutes knowing that win or draw on Saturday would mean an eighth…