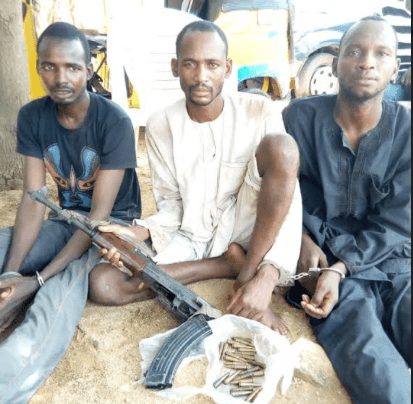 A kidnapping kingpin and notorious armed robber, who recently masterminded the kidnap of the UBEC Chairman along Abuja- Kaduna road is dead.

The suspect, one Sumaila Sule, alias SHAHO, male (estimated be in his mid thirties), a native of Rijana village in Kachia LGA of Kaduna state is one of the most vicious and most wanted kidnappers that has been terrorizing citizens in Kaduna and its environs. He died in the early hours of 18th May, 2019 following multiple bullet wounds he sustained during a deadly shootout with police operatives attached to Operation Puff Adder.

The shootout took place in the evening of 17th May 2019, at the outskirts of Rijana village. The police operatives, in line with the mandate of Operation Puff Adder, were carrying out routine surveillance and raid of suspected criminal hide-outs, when they suddenly came under gun fire attack from a heavily armed criminal gang.

The police team fought back gallantly, repelling the attack and eventually bringing…