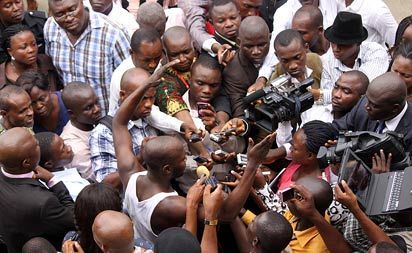 The Nigerian Guild of Editors (NGE) has rejected the new guidelines for the accreditation of media organisations, journalists/ correspondents covering the National Assembly, describing it as primitive, undemocratic and blatantly anti-press and anti-people.

The guidelines issued by authorities of the National Assembly (NASS) is due to become effective from June 11 2019. It demands among other draconian provisions that a media organisation wishing to be accredited for coverage of NASS activities should submit a copy of its income tax return for the last two years.

Other requirements include “presentation of evidence of certificate of incorporation of the media organisation, evidence of membership of professional bodies for the journalists, maintenance of a functional Bureau in Abuja (staff strength not less than 5 Editorial staff) and daily circulation of 40,000 copies for the print media with evidence to…

Why we are pushing for Community Policing ―FG