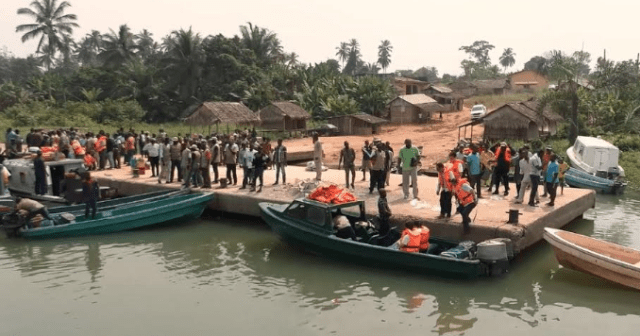 BENIN CITY –  IJAW youth and half-naked women on Tuesday pursued over 25 police officers and workers sent to build residential estates for the Oba of Benin at Gelegele-gbene (Gelegele), a community in Ovia North East Local Government Area, Edo State, which has been in contention between the Ijaws and Binis in the state.

The police officers were to provide security for the workers, but Gelegele natives, mainly Ijaws, did not find the reason for their visit and action of commencing a housing project funny.

National President of the Ijaw People Development Initiative, IPDI, Austin Ozobo, claimed that the Oba of Benin sent people to the community to commence the construction of residential estates, adding that it was provocative, hence the villagers pursued the over 50 police officers from the community.