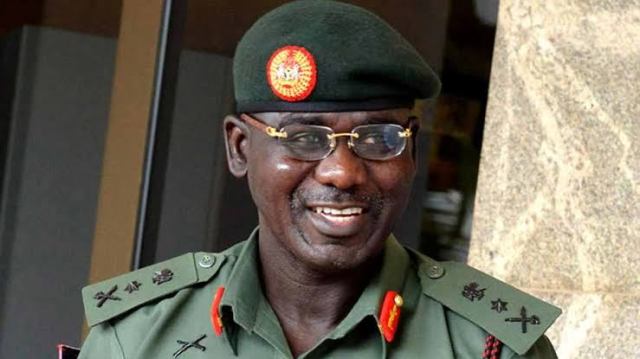 The Chief of Army Staff, Lieutenant General Tukur Buratai , yesterday in Lagos, charged all Commanding Officers to  act beyond the stereo-typed approach of tackling  security challenges in their respective  Areas of Responsibilities.

Rather, he urged them to be responsive and  dynamic by deploying  new approaches  within the Nigerian Army provisions , to  address   the myriad of challenges  according to the peculiarity of security challenges within their units.

He gave the charge while declaring open a 5-Day  First Commanding Officers Workshop, for officers  of units, in 2 Division, 6 Division, 81 Division and 82 Division  Areas of Responsibility under the South zone, at the 81 Division Officers mess, outer Marina, Victoria Island. .

Commanding officers  in the Nigerian Army according to him,  were in the fore front of  security…