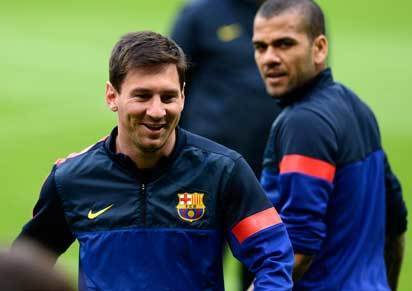 Barcelona (Spain) – Lionel Messi has said FC Barcelona’s biggest mistake was failing to compete during the 0-4 defeat at Liverpool which sent them crashing out of the UEFA Champions League.

The Argentina forward compared the loss to the 0-1 loss his national team suffered against Germany in the final match of the 2014 FIFA World Cup in Brazil.

“It was as painful as losing the 2014 World Cup final with Argentina,’’ he said.

It was his first news conference in over four years and his first media appearance since this month’s 4-3 semi-final aggregate defeat.

The usually tight-lipped Messi did not hold back in his criticism of Barca’s display at Anfield.

“The first half wasn’t all that bad, but in the second (half) we didn’t even compete.

“There was only one team on the pitch and that was the biggest mistake we could have made,” Messi said ahead of Saturday’s Copa del Rey final…