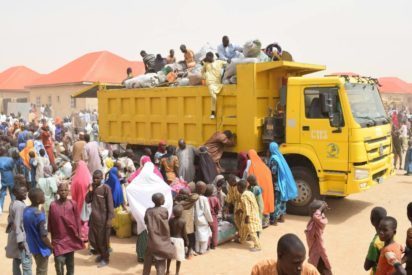 Makurdi—Benue State government, yesterday appealed to the federal government to fulfill its promise of constructing resettlement homes for displaced victims of herdsmen attacks in parts of the state to enable the Internally Displaced Persons, IDPs, in the state to return to their ancestral home.

The Executive Secretary of the State Emergency Management Agency, SEMA, Emmanuel Shio, made the appeal while flagging off another round of distribution of food and other items to IDPs camps in Logo, Makurdi, Guma, Gwer West and Kwande local government areas of the state.

Shio who lamented the continued stay of IDPs in camps across the state said, “It is a major concern for the state government and SEMA that the IDPs are still in camps. We are appealing to the federal government to honour its promise to rebuild the infrastructure destroyed by herdsmen in Benue communities because without rebuilding it these people will have nowhere to go to.