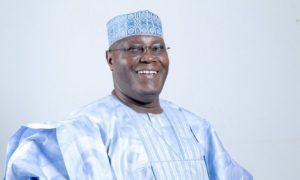 The presidential candidate of the Peoples Democratic Party, PDP in the 2019 election and former Vice President, Alhaji Atiku Abubakar, has commended Friday’s ruling of the Supreme Court, which nullified the elections of all candidates fielded by the All Progressives Congress, APC in Zamfara state in the last general election.

Describing the verdict of the apex court as a victory for the rule of law, the former Vice President said: “nothing is as pleasing to the ears of believers, as justice being served in the holy month of Ramadan.”

In a statement signed by his media adviser, Paul Ibe, Atiku lauded the Lord Justices for putting aside the “interests of the powerful and upholding the interests of Nigeria and Nigerians,” adding that for the nation to move forward, the right thing must and should always be done at all times.