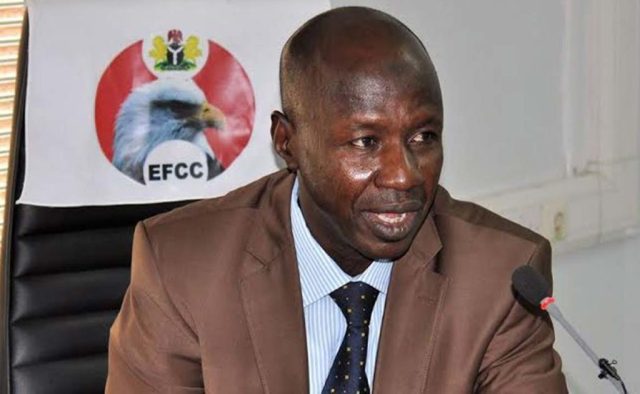 ..New bill stipulates EFCC must be headed by AIG, not ACP
…Senate set to concur with bill already passed by Reps

A final push by the National Assembly to oust the Acting Chairman of the Economic and Financial Crimes Commission, Ibrahim Magu, has virtually been consummated with a bill to that effect already passed by the House of Representatives pending concurrence by the Senate this week.

Competent NASS sources said Sunday night that the bill, which was passed by the House of Representatives two weeks ago, deliberately jerks the qualification for the office of the chairman of the anti-crime agency from Assistant Commissioner of Police, ACP, to Assistant Inspector General of Police, AIG, aims to replace Magu with a superior police officer before the 9th NASS takes off on June 11, 2019.