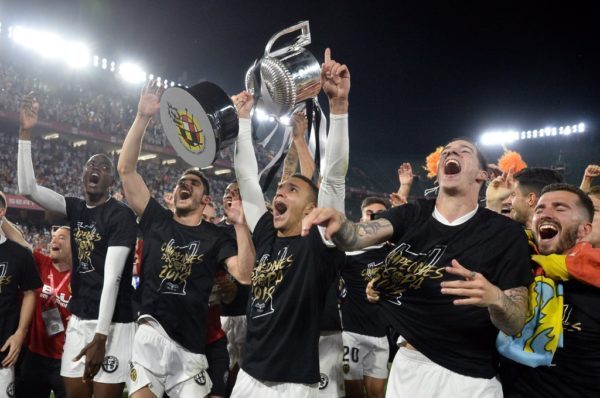 Barcelona wanted a trophy to ease their Champions League heartache but instead fell to another shock defeat as Valencia pulled off a thrilling 2-1 victory on Saturday to win the Copa del Rey.

Chasing a record fifth consecutive triumph, Barca were undone by a relentless and gutsy Valencia side, who hung on after Lionel Messi pulled a goal back to set up a dramatic finish in Seville.

By then, Valencia were already two up, Kevin Gameiro and Rodrigo scoring twice in 13 frantic first-half minutes, after the latter spurned a golden early chance that…