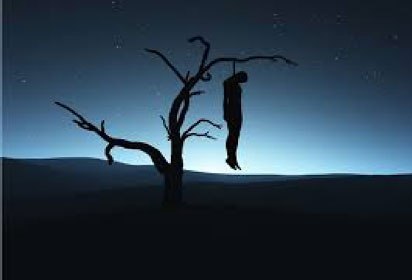 Aga Ikorodu community in Lagos was, weekend, thrown into confusion after a man allegedly murdered his wife and their six-year-old son.

Residents revealed that late Omomo had always threatened to kill his wife and son over allegation of infidelity on the part of his wife.

An argument, which reportedly ensued, degenerated into a brawl between the couple in the early hours of Friday, during which the woman was heard shouting for help.

However, when neighbours went to the apartment by 8a.m. to settle scores between the couple, they were thrown off balance at the sight of 38-year-old Faith Omomo and her son, Glorious, in a pool of their blood.

As if that was not enough, residents said the lifeless body of Omomo was found dangling from the ceiling fan.